Last week we made you a list of best movies of 2o17, but today we want to specifically bring to you the top 30 list of 2017 action films. Are you wondering how we choose this 2017 movies to be the best action movies?

We carried out a census through our Facebook page asking fans to submit the names of their own 2017 action films. We were able to carefully choose the top best 30 action movies with the highest re-occurrence. You can also check out the list below and you will know the movies listed below are actually the best action films of 2017.

Now, without wasting much of your time, glance through the list and tell us what you feel about this well-compiled list of 2017 action films. After going through this article, you can also leave your suggestion as they will be highly welcomed.

This movie is about the struggles of the guardians staying together as one due to their personal family differencies and Star-Lord’s encounter with his own father. The movie is really interesting which makes it appear on the list of 2017 action films.

Peter Parker seems to return but this time like an ordinary high school student with the star’s superhero alter-ego Spider-Man, and finally sees himself caught on a new trail, were he prowl’s the skies of the city.

The story line of this movie starts from when a plane crashed and the pilot who was able to survive tells a story of an ongoing war outside. This story made one of the Amazonian warriors, Diana to leave training and her home to fight a war, and in the process started to discover the potentials of her capacity.

This movie is about Thor who was imprisoned on a different planet named Sakaar, and he has to certainly make hest in order to return to both Asgard and stop Ragnarök, who also plots with Hela the ruthless villain to destroy his world.

The list of 2017 action films will not be completed without mentioning this film titled The Fate of the Furious. And it is a movie where an unknown lady seduces Dom, a powerful man into betraying those close to him and into the world of terrorism. Now the crew is faced with series of trials; one they have never faced before.

This is a movie about the feature where all the mutants who were almost extinct lived among ordinary people. Logan who was an older, weary-looking mutant has to come out of hiding when Laura, a mutant child was seriously pursued by scientists. It now behooves the elderly mutant to bring the girl into safety.

This is one of the action movies most of my fans love and it is about four teenagers who got sucked into a magical video game, now the solution of getting out is four the teenagers to work together in order to finish the video game.

This movie is about a group of Allied soldiers from Belgium which is the British Empire and France was surrounded by the brutish German Armies who latter had to leave as a result of the intensity of the World War II battle.

This popular action movie is about the apes who were suffering great losses in the hands of the humans, not until Caesar, one of the apes took it upon himself to lead a fight against the human race.

Read Also: VidMate: Download and Install for PC and Android.

John Wick who went to the underworld to pay his debt, but only to find out that a large sum of bounty has been placed on his life.

This movie is about a man, Bruce Wayne who once lost faith in humanity but only to regain it when he got inspired by the Superman’s selfless service, so he had to employ the help of his friend Diana Prince, in order to face the enemies.

This story is about a young man who was talked into working and becoming a getaway driver for a crime boss and soon finds himself taking part in the activity that is sure going to fail.

This movie is about a group of scientists who went to explore an island in the Pacific, and finally had to come introduced into the habitation of th very large Kong, and they are now on the run for their dear lives.

This movie is about a group of students that had special superpowers and all had to combine their powers to save the world.

Here is another powerful movie that made it to the list of best movies of 2o17 and it is about Xander Cage who was left to die after an incident, nevertheless, the star made it back into action for a better, new and tougher assignment with Augustus Gibbons, his handler.

This movie is about Autobots and Decepticons, a threat which was once in the history of the earth makes a comeback, meanwhile, Optimus Prime was able to come in contact with his creator in the outer space.

This movie is one of the best on our list of 2017 action films and it is about an Ancient Egyptian princess who was enchanted and awakened from her crypt beneath. She finally comes along with lots of terrors that she unleashes on the human race.

This movie is all about an undercover MI6 agent who was dedicated to investigating the murder of her fellow agent during the Cold War in Berlin.

This movie is the last on the list of 2017 action films and it is about Mitch Rapp who later became drawn into the world of counterterrorism after the death of his girlfriend at the hands of the terrorist.

We hope you love our list of 2017 action films. If you have any other one that you feel should be added to the list, don’t hesitate to share it with us using the comment section below. See you in the next post… 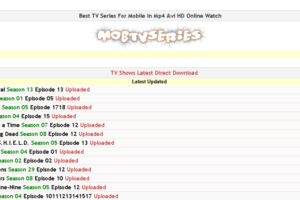 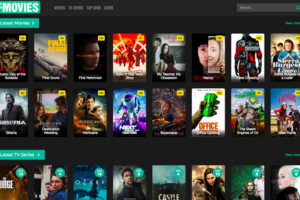